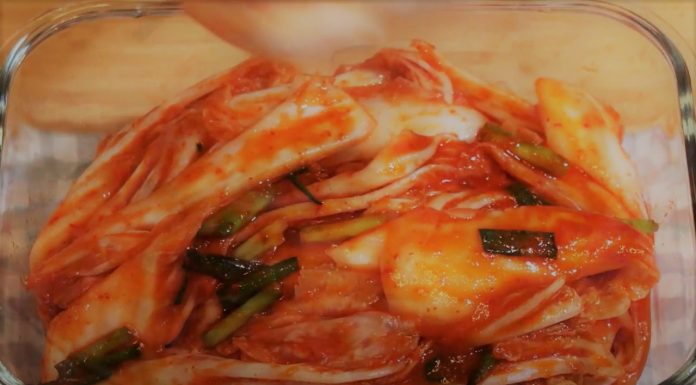 Kimchi are typical Korean culinary condiments, based on vegetables. Kimchi, in particular, is often considered as the “food staple” of Koreans, and can be consumed in three meals a day. These are preparations in which the vegetables are brined for several hours and then wrapped in a paste made with rice flour, sugar and various seasonings; these preparations can be consumed immediately, but are usually left to ferment to serve as a condiment for other dishes.

The term kimchi is derived from the Korean word shimchae, which means salty vegetables.

UNESCO integrated the way of preparing and sharing kimchi preserves in the Republic of Korea (referred to as “Kimjiang”) in the representative list of the Intangible Cultural Heritage of Humanity in 2013. In 2015, an application from North Korea with the title was included in the same list. “Traditional kimchi preparation in the Democratic People’s Republic of Korea”.

Check out a great Kimchi recipe!

Based on the possible raw materials and the chosen preparation method, kimchi is classified into hundreds of varieties, with wide variations in its taste, biochemical and nutritional properties and its shelf life.
Check the necessary ingredients and follow the preparation mode.